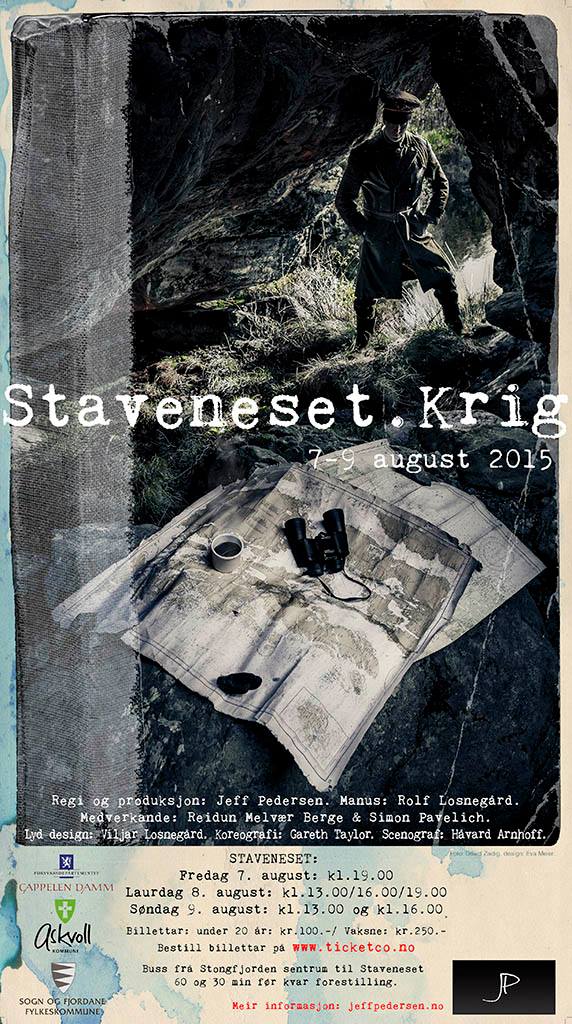 Jeff Pedersen Productions created Stavenet.Krig in 2015, a site specific outdoor drama about the young engaged couple Anton Hollevik and Oddny Saltskår who protected and supported Allied telegraph agents during WWII, hiding them in a cave in Staveneset. Oddny and Anton were eventually captured and horrifically tortured by the Gestapo.

1100 people travelled to Staveneset and hiked up the mountain to see seven sold out performances in a custom built theatre, in which the audience literally sat in the trees, spying into the cave.

Staveneset.Krig was performed in a cave in the same mountain where the events actually took place.