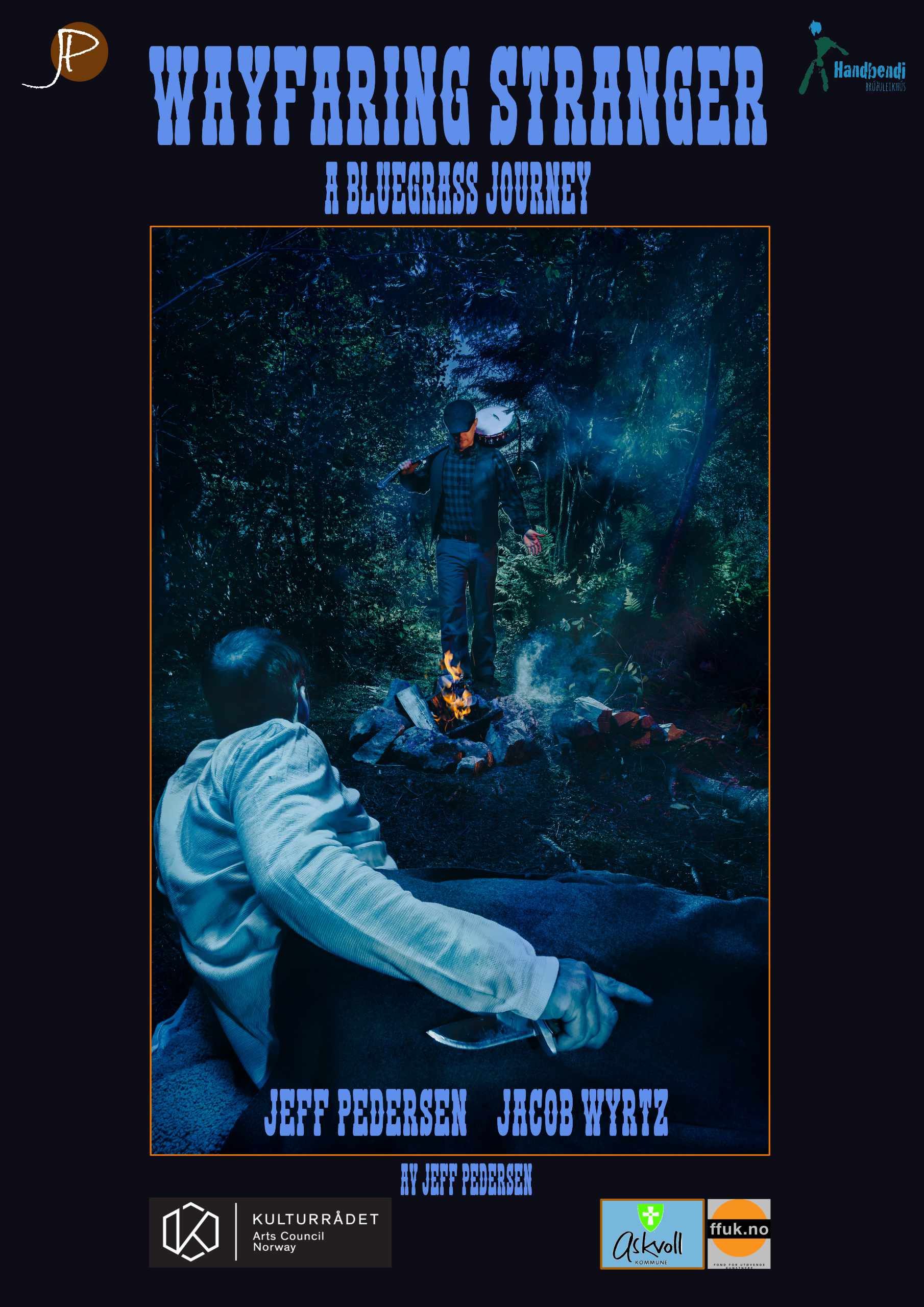 Coming soon – details of our upcoming tour to Iceland!

Through theatre, poetry, and bluegrass music, Wayfaring Stranger tells of the costs of leaving home, the pain of abandoning loved ones, the feeling of being an outsider as an immigrant, and the value of listening to unfamiliar voices. It is a very personal story of pain and loss, but also of how those feelings can become powerful motivators.

The play focuses on how we define our sense of “home”, and what it means to abandon it. The sacrifice of a sense of “home” is an investment by immigrants in their new country that is largely overlooked and not generally understood by those who have not done it themselves.

Wayfaring Stranger is developed in partnership with Icelandic company Handbendi Puppet Theatre and is supported by the Norwegian Arts Council, FFUK and Askvoll Kommune.